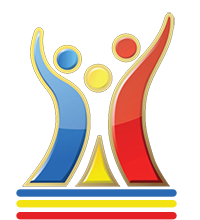 Founded in 1985, Folk Ensemble Tena from Croatia has over 300 active members. The dances are based on the rich folklore tradition of Slavonia and the town of Đakovo itself. Their moto is "A song leads us to love and harmony". They love expressing their love for folk tradition of Croatia.

Their normal performance, which they do around the world, normally lasts two hours and focuses on good dance technique, expressive singing and virtuoso-playing.

In the Slavonia region of Croatia is a town named Đakovo, the home of Folk Ensemble Tena Đakovo. Founded in May of 1985, Tena Đakovo is a cultural and artistic group that gathers young people from Đakovo and its surrounding areas to teach them the principles of music and performance while working to preserve the folklore traditions of Croatia.
The group now has about 300 active members being instructed in disciplines such as singing, dancing and playing musical instruments. Special attention is given to traditional solo instruments such as the bagpipes, dvojnice, samica, sopele and lijerica. All of the group's choreography is based on the customs, songs and dances of the four folkloric regions of Croatia (Pannonian, Alpine, Dinaric and Adriatic). Their costumes are original and colorful, making their program even more attractive.
Tena Đakovo has performed on stages throughout Croatia and in festivals throughout the world. The group's motto, "A song leads us to love and harmony," expresses its members' love for the folk traditions of their country.